What are the Benefits of Using Barcode Inventory Management Systems?

History of the Barcode

We are all familiar with the beeping noise in the supermarket, however before 26th June 1974 all shop transactions and sorting of stock was manual, that was until the barcode was invented and transformed the retail industry. The barcode was originally invented by Norman Joseph Woodland back in 1949 on a Miami beach, but his idea did not come to fruition until 25 years later when technology had caught up with Woodland’s revolutionary idea.

The barcode is now not only used in the retail industry for transactions and sorting stock, but in aerospace, manufacturing and many other industries for asset tracking, travel and even advertising in the form of QR codes.

What is a Universal Product Code?

Universal Product Code (UPC) is barcode terminology that refers to the tracking of trade items in a store. A typical barcode consists of a unique 12-digit identification number that is assigned to each individual item of stock or category. These numbers are assigned by GS1, which develops and maintains the global standards of the shared language used between businesses when using barcoding.

Speak to our Team

What are the benefits of barcoding for my business? 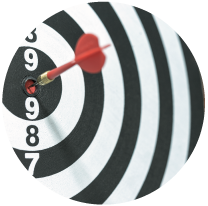 Manual inventory management takes up time and resources and leaves room for human error and data inaccuracies. By using a barcoding inventory management system you can enable your employees to complete stock related tasks quickly and easily, minimising manual labour and data entry, but most importantly improving accurately. 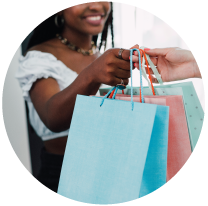 2 – Satisfy your customers urge for immediacy

Consumer’s expectations have changed, with services now available such as Amazon Prime and Argos’ same day delivery, consumers are no longer willing to wait for long delivery times or for items to come into stock. We are living in a digital age whereby users are getting accustomed to accessing products at a click of a button. This sense of urgency is a common theme that many businesses, especially warehouses, are still trying to adjust to and learn how to manage. A barcoding inventory management solution can help you to satisfy this need for immediacy. 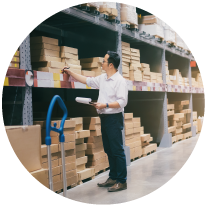 By utilising a barcoding inventory management system you can simplify your processes without compromising on service. Being able to electronically keep track of all stock movements and stock levels means you can provide your customers with products, faster. The less time you spend on manual inventory management means the more time you have to meet the demands of your customers. 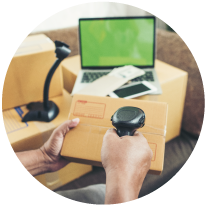 One of the most important aspects in managing a warehouse is traceability of items. A barcoding inventory management solution should provide your business with functionality such as multi-location, batch/serial number tracking and expiry dates to keep track of perishable products. Knowing the exact location of your stock at any time allows your business to be more agile and to supply your customers quickly and efficiently.

Barcode labels are not a one size fits all, there are different types of barcodes, each designed for use in a different situation. 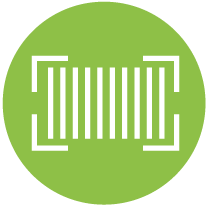 Linear or 1D barcodes are most commonly found on consumer goods and use a series of variable-width black lines and white spaces to encode data. 1D barcodes are limited to only being able to hold a few dozen characters. 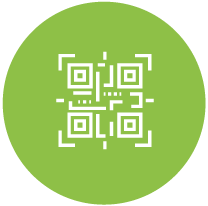 2D barcodes are more commonly used in warehousing environments. Using patterns of squares, hexagons and dots as well as other shapes to encode their data, 2D barcodes can hold a large amount of data including images, voice and other binary data. 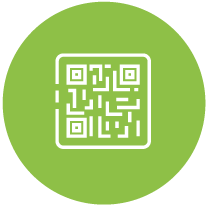 QR codes are a type of 2D barcode, however not all 2D barcodes are QR codes. The benefit of using 2D barcodes such as QR codes, is information can be scanned horizontally as well as vertically which allows them to hold more encoded data.

How Can Our Barcoding Inventory Management System Benefit Your Business?

Our barcoding inventory management system allows for both linear and 2D barcodes for every type of business, allowing you to track and monitor different types of barcodes. 2D codes are becoming increasingly popular in many sectors and by implementing barcoding technology, your business will easily capture barcodes codes. All of the labels printed are GS1 compliant, to ensure standards of business communication.

To find out more about how barcoding could help your business contact Bit Systems, call our team on 03300 245452 or fill in the form below

Interested to see how our inventory management software can make a difference?

Speak To Our Team 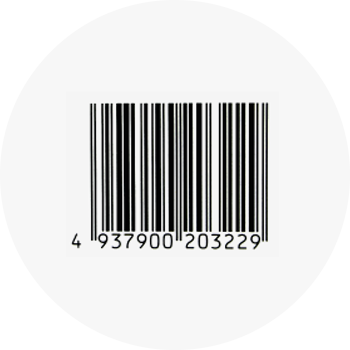 From the moment you take delivery of your goods, right through to the point of dispatch, our barcoding inventory management software for Sage 50 or Sage 200 manages, tracks and controls your stock inventory.